About Us
Home » Why us » About Us
ABOUT US
Guangzhou Longshine Lighting Technology Co., Ltd.

Guangzhou Longshine Lighting Technology Co., Ltd. was established in 2014 and is headquartered in Panyu District, Guangzhou city. It has a wholly-owned subsidiary Longshine Technology (Zhongshan) Co., Ltd. in Zhongshan city and a R&D office in Shenzhen city.

We adopt fashion concept of eye health and energy-saving. Based on LED eye protection desk lamp and with smart lamp as the direction, we are a technologically innovative enterprise integrating product design, product research and development, production, sales and service.

We have a professional and efficient product R&D team. It is one of the few domestic manufacturers with full-process product research and development capabilities for eye protection desk lamp. The products developed by independent innovation have obtained dozens of national patents and our company has been awarded as national high-tech company by Guangdong Province. We have provided ODM and OEM for many well-known domestic and foreign brands, such as OSRAM, NVC, FSL, MINISO, etc.

Our products have fully passed CCC, CE, ROHS, FCC and other global mainstream market certifications, and are widely sold in economically developed regions, such as Europen areas, the United States, South Korea, Japan, Taiwan, and Hong Kong. We also operate own brand in mainland China, and sell widely through online and offline channels, such as JD.com, Tmall, RT-Mart, and CR Vanguard. 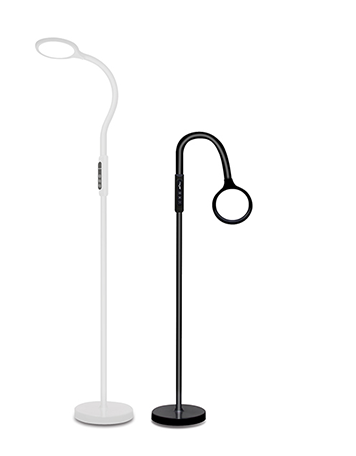